Jet fire safety in the oil and gas industry 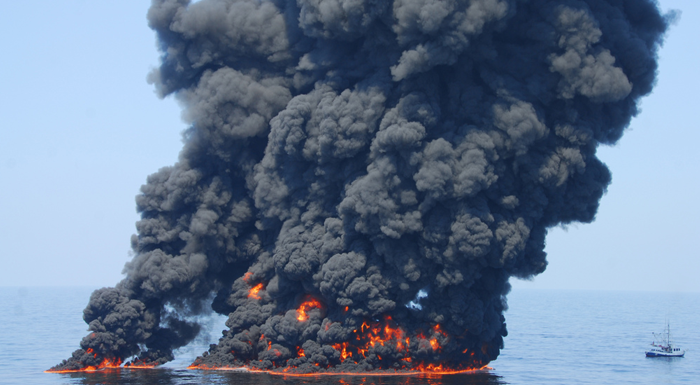 Jet fires are a particular group of hydrocarbon fueled fires expelled from an orifice, e.g. leak in pipe or vessel, under pressures of 2 bar or greater. They are the most severe fire scenario, considering the effect of erosion of steel and also the significantly higher rate of burning due to turbulent fuel/ air mixing. Typical radiation value after 5 minutes is 320 kW/m2.

This article outlines the rules and requirements for jet fire protective solutions within the industry and the specific jet fire solutions for high risk structures.

According to ISO 22899 “The method provides an indication of how passive fire protection materials perform in a jet fire that may occur, for example, in petrochemical installations. It aims at simulating the thermal and mechanical loads imparted to passive fire protection material by large-scale jet fires from high-pressure releases of flammable gas, pressure liquefied gas or flashing liquid fuels. Jet fires give rise to high convective and radiative heat fluxes as well as high erosive forces. To generate both types of heat flux in sufficient quantity, a 0,3 kg s−1 sonic release of gas is aimed into a shallow chamber, producing a fireball with an extended tail. The flame thickness is thereby increased and hence so is the heat radiated to the test specimen. Propane is used as the fuel since it has a greater propensity to form soot than does natural gas and can therefore produce a flame of higher luminosity. High erosive forces are generated by the release of the sonic velocity gas jet 1 meter from specimen surface.”

These are however not as elaborate and comprehensive as the IMO FTP code, leaving the need for additional specification of both the jet fire characteristics and the required performance of the fire protection materials, of which the most important specifications are:

Such test are generally applied on fire and blast protective walls and doors in the oil and gas industry where risks for jet fire are present. Such products are also known as passive fire protection products and aim to slow the spread of fire and/or contain the fire. A product passing the jet fire test is rated according to the J rating and is required to withstand jet fires for 120 minutes, which is longer than regular cellulosic fires which are required to withstand a fire for 60 minutes. To be able to do this, doors and walls are insulated with material that is well equipped to maintain the temperature of the room and simultaneously keeping the fire from spreading to adjacent compartments.

Want to know more about jet fire and the products with J ratings? Download our eBook on Fire ratings for fire protective products now! 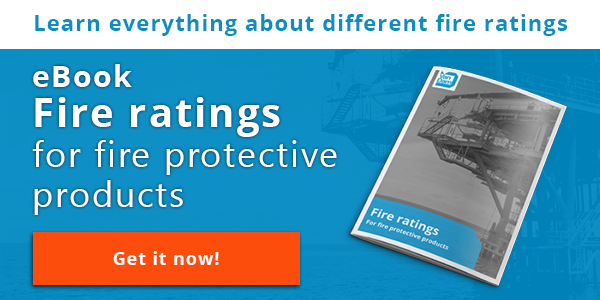