How to reduce excessive airborne sound 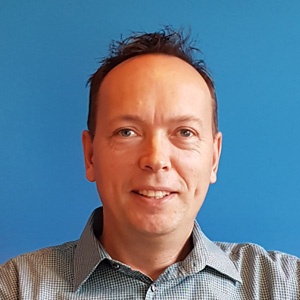 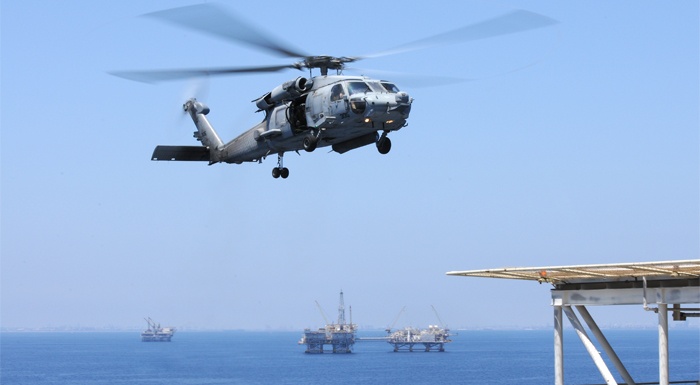 Sound is an energy type consisting of vibration that travel through air or water. Humans are able to hear sound frequencies between 20 Hz to 20,000 Hz. Animals have a wider hearing range than people and can even here infrasound or ultrasound waves. In terms of loudness, people can hear from 0 decibels (dB) onwards. Sounds that are more than 85 dB, which can be considered as noise, can be dangerous for your hearing in the case of prolonged exposure.

Managing comfortable sound levels in workplaces that operate in difficult environments, such as oil platforms or offshore wind fields, is of vital importance in maintaining the safety and health of people. Different types of sound can be found in a working place. These vary from footstep sounds to conversational sounds to heavy machinery sounds. Some sounds can be regarded as being annoying and can hinder work activities which lead to concentration problems and increase stress among employees.

What is airborne sound?

Sound, or noise, travels from one part of a room to another through walls, doors and windows. For architectural soundproofing the types of sound can be divided into:

Airborne sound or noise is transmitted by air. Sound waves from one side of the room travel through the air until they reach an element, such as a wall or door, and cause it to vibrate. Airborne sound is generally generated by speech, television and radio, animals sounds and transport.

Architectural outfitting can reduce the amount of sound by means of sound absorption and sound insulation. Generally, fire, thermal, and acoustic insulation can be combined where appropriate and possible for walls, doors and windows.

Sound absorption ensures that sound within a space is reduced by absorbing the sound transmitted from a sound source, such a speech or music. For walls, this is realized by means of perforations where sound waves that pass through are muted. Acoustics insulation reduces the amount of sound transmitting from one area to another through walls, doors and/or windows. Sound insulation is applied in both doors and walls by stonewool, alkaline earth silicate and/or a gypsum board.

Fire and blast protective products, such as doors, walls and windows have the objective to ensure and verify that the maximum sound level inside the accommodation areas is in compliance with the specific sound level requirements and should be designed accordingly.

Want to know more about acoustics in architectural outfitting? Download our eBook Acoustics for fire and blast protective products now. 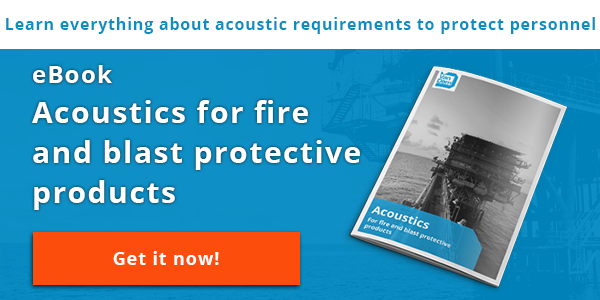 Written by Marcel van Duffelen
Marcel is a dedicated and responsible QA/HSE manager who ensures operations are conducted in a high standard of quality, health, safety and environment in compliance with legal legislation and company safety regulations He possesses a good understanding of the essentials of quality, health, safety and environment and is an advisor to all levels of management.