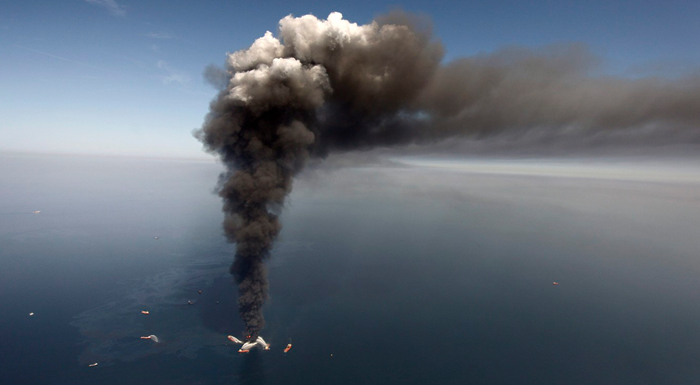 On April 20 2010, a fire and explosion disaster took place on the mobile offshore drilling unit the Deepwater Horizon that eventually took the lives of 11 crew members and injured 16 workers. Since then, this disaster has been coined as one of the greatest and most severe disasters in the offshore oil and gas industry history. The disaster is also known as the worst environmental disaster in the United States.

A joint investigation team existing out of the U.S. Coast Guard (USCG) and the Bureau of Ocean Energy Management, Regulation and Enforcement (BOEMRE) conducted a research in order to determine the cause of the disaster. This article outlines the key lessons learned from the disaster in order to make people aware about the causes, consequences and prevention of such a disaster.

The main cause of the disaster were the rising hydrocarbons from the Macondo well which ignited and cased an explosion on the platform. After the second explosion, a massive fire broke out that could not be contained. Consequently, the Deepwater Horizon sank into the Gulf of Mexico while releasing about 4.9 million barrels crude oil into the ocean, which had a huge impact on marine life.

The architectural barriers, or bulkheads, on the Deepwater Horizon did not meet the sufficient level of blast protection for people and equipment. According to the research, A-class bulkheads were installed, which were not equipped to withstand the severe hydrocarbon fire and explosion that followed.

The key lesson learned is, to conduct a thorough explosion and fire risk analysis to determine whether the levels of such architectural compounds for specific areas on the structure are adequate. Use the risk analysis as the basis of requirements and design e.g. for hydrocarbon fires and explosions and ensure installation of barriers that have an H-rating and are designed/tested according to the standards of blast protection. Designing according to the risk analysis allows protection of people and equipment, and also allows for evacuation.

The main fire protection system of the Deepwater Horizon exclusively depended on the electric motor drive fire pumps. Therefore, it was absolutely useless during the hazard since the explosions caused a total loss of power. The explosions and fire had damaged the multiple (emergency) power sources. There were no other power sources available so the supply of water to the fire main and sprinkler could not be activated. Based on this knowledge the firefighting team concluded that fighting the fire would be futile.

This shows that emergency sources for power were vulnerable and were not operable during the hazard. This could have been prevented if non-electric fire pumps were used. Therefore, it is recommended to have at least one diesel-powered fire pump present in cases where the total electrical power system seizes to operate.

Lesson 3. The installation of electrical equipment in hazardous areas

A significant advise in this matter is that Electrical equipment in designated hazardous areas must be subject to one of three safeguards: it must be contained in explosion-proof enclosures, be intrinsically-safe, or be purged and pressurized.

Gas detectors were set to activate alarms on the bridge. Yet, were not set to automatically activate the emergency shutdown system for the engines or to stop the flow of air into the engine rooms. This was a manual procedure and unfortunately, the crew was not provided adequate training to recognize threats in order to activate the emergency shutdown. If the shutdown were activated, there was a possibility that the explosions in the engine room could have been delayed or completely avoided.

This disastrous experience outlines that there was a strong need for more detailed guidance for the design and arrangement of gas detection and alarm systems. Furthermore, proper training sessions in how to act and operate during such an event plus automatic shutdown actions are highly recommended.

In conclusion, in order to prevent such a disastrous hazard from happening, the right safety foundations ought to be outlined and executed during the risk analysis and design period of a project. Also, regular maintenance, continued inspection, and repair operations have to be planned and executed on frequently, so that a possible risk can be restrained.

Download our eBook on all fire and blast rated products for oil and gas platforms to get an overview of all architectural compounds, which are installed solely to protect human life, marine life and damages to equipment. 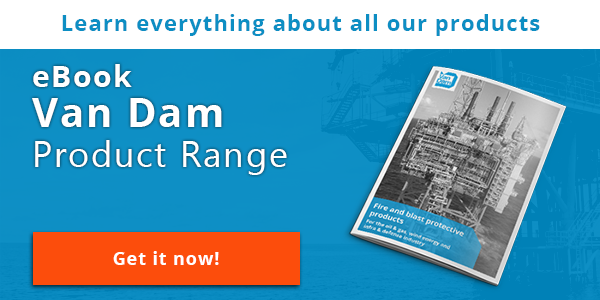 Written by Martin Boersma
Martin is a confident QC supervisor who is responsible for the quality and workmanship in all phases of engineering and construction. He ensures that Van Dam products and services provide high quality, are consistent and meet both external and internal requirements. With his strong leadership skills, he assures that each project is successful.